As moles tunnel beneath the earth in search for food, they create extensive networks of surface feeding tunnels at an alarming rate of up to one foot per minute. In their hunt for earthworms and grubs just beneath the surface of the ground, they excavate their tunnel systems by swimming through the soil displacing the dirt along the way. These shallow tunnels result in surface tunnels that are identifiable by the areas of raised ground which appear as long ridges in the soil. Shallow tunnels feel spongy and soft when walked on and can cause people to trip, fall, sprain an ankle or worse. Mole runways often follow along a house foundation, driveway or lawn border. Open holes to the surface are rarely seen because they are quickly plugged up to prevent predator invasion.

All tunneling is a perfect pathway for the recent rains to follow and erode your yard and concrete away. Sidewalks, slab homes, and retaining walls are all susceptible to disastrous erosion. 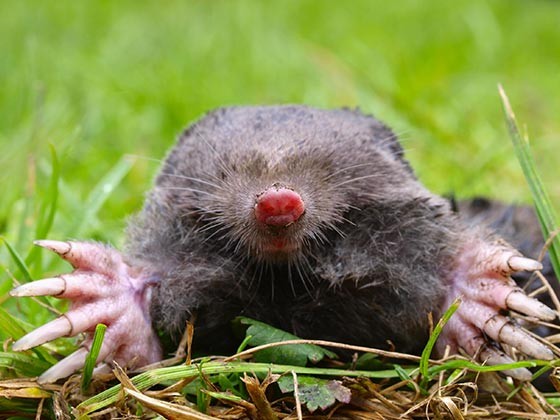 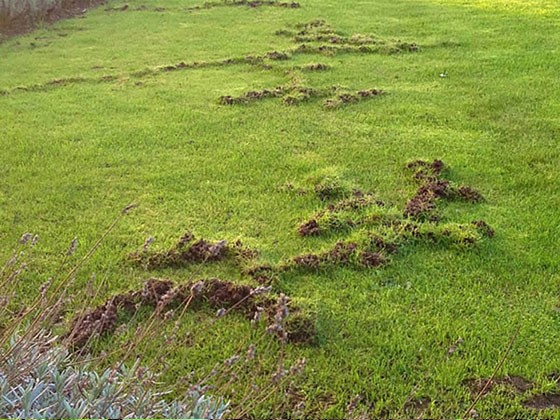 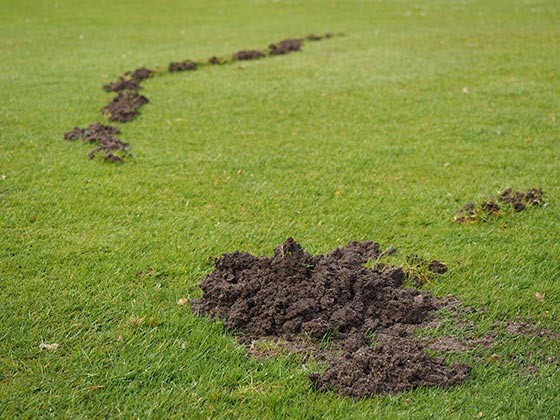 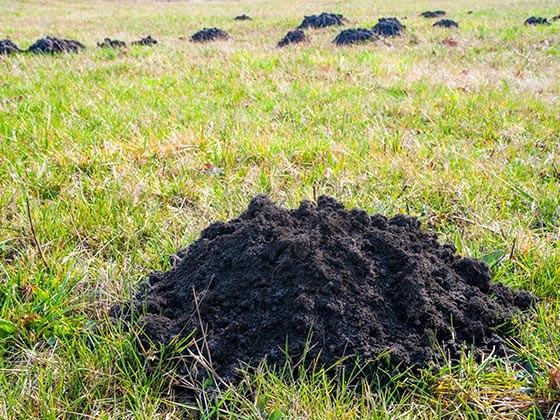 Moles also dig deep tunnels to provide a yearlong food source. They monitor these tunnels for food sources burrowed within them. These deep tunnels appear on the ground surface as conical or volcano shaped mounds that are uniform in shape, though they may differ in size. Mole mounds, which are the result of deep digging, quickly kill grass.

Moles generally mate between October thru March. After a gestation period between 4 to 6 weeks, a litter is born, typically ranging in number from two to four mole pups. The pups grow quickly and soon leave home to establish their own tunnel systems, thus perpetuating a vicious cycle.

The best solution to remove the moles from your property is done by trapping and destroying the mole hills. Mole trapping is the most effective way to eliminate mole invasion problems. Traps set by Mole Masters is the best option because we have the equipment, know-how, and guts to take it on. 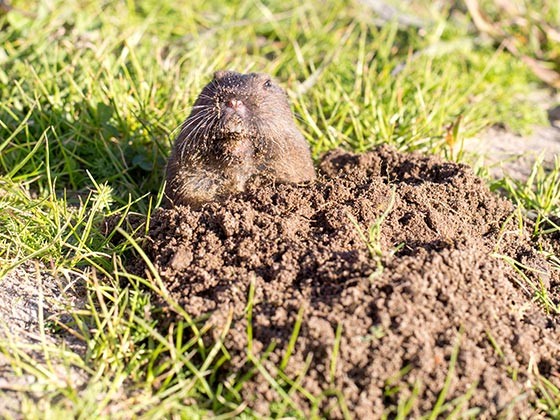 Pocket Gophers are small, burrowing animals about five to twelve inches long with an average weight of 8 ounces. Powerfully built in the forequarters, their front feet have long, sharp claws. Gophers have brownish soft fur, large cheek pouches and flattened heads with small ears and eyes. Their hairy tails are about four inches long, and are used to navigate through tunnels when moving backwards.

Gophers create fan-shaped mounds that are often large enough to cause damage to passing farm equipment. It is not uncommon for gopher tunnels to interfere with irrigation systems, dams, fields and, of course, homeowners' lawns and gardens.

A good way to determine if a gopher is present is by mounds of dirt on the surface of the ground. These mounds are created as a gopher tunnels through the soil with it's powerful front legs in search of food. As it bulldozes ahead, the gopher pushes the loose earth to the surface and out of the tunnel, creating a fan-shaped mound. Gophers are capable of creating several mounds per day, especially when the soil is moist and easy to dig through.

Other signs of an infestation of gophers include, but are not limited to, damage to a large variety of plants, seeds, tree bark, roots, bulbs and more. Damage done by pocket gophers is similar to moles, but there is a major difference. 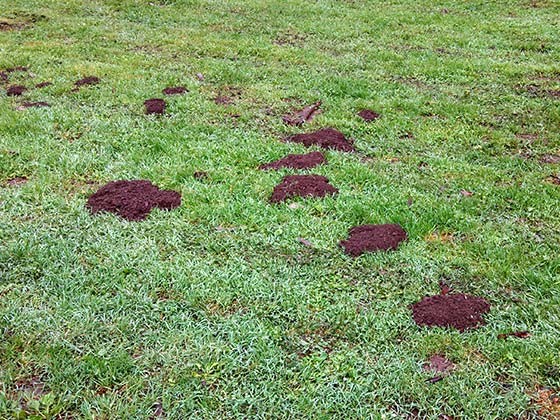 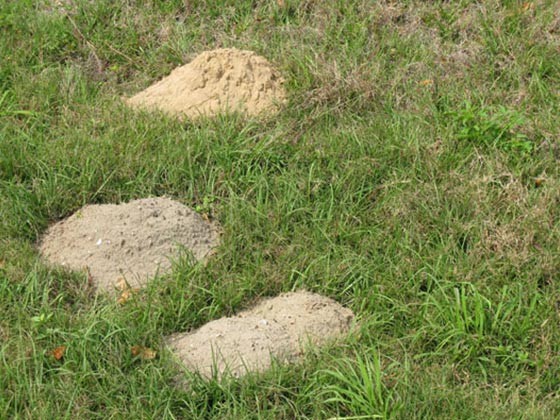 Gophers breed only once or twice a year, typically in the spring. Female gophers give birth to three or four young per litter after a gestation period of less than three weeks. The young develop rapidly and by five weeks are weaned and ready to establish their own burrows. The average lifespan for a gopher is two to three years.

Trapping is an extremely effective method of gopher control. Trapping can be done throughout the year but generally is most effective during the spring and fall. As soon as gopher activity is detected, it is important to set traps immediately to catch females before they give birth.Traps set by Mole Masters is the best option. Call us today so we can create solutions for the problem.